We Built a Shed

Over the July 4th week, and then some, Nikole and I both had our parents down to help us build a 16x12 shed in our backyard. The goal was to add some much-needed storage to this house, provide us with some workshop-like space, and to have good family time. Overall, I think it was a success.

I shot a timelapse video from inside the house through the window. I don't think my old MacBook Pro, or any computer, would've handled the high 90's temperatures we had all week. It might be a little blurry, and isn't the greatest angle, but I still think it's pretty awesome. Here's the final video: 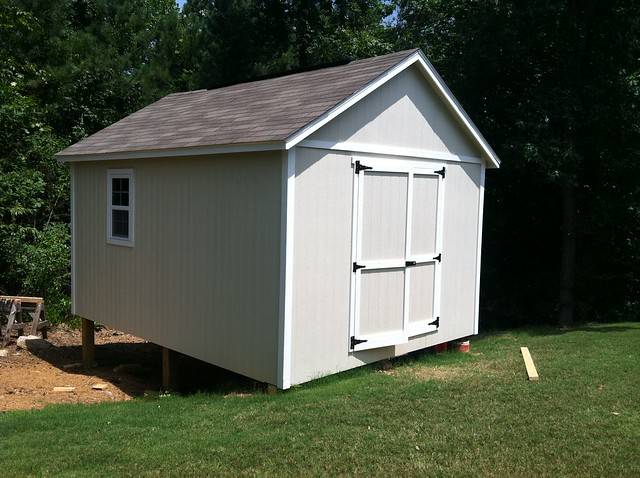 In the last 4 weeks, our yard has been transformed. Our aunt/uncle came down from Illinois to deliver their wedding gift (the swing), and some friends came and put in the raised beds (also a wedding gift): For the more curious: The video was shot using an app called Gawker, which is super-simple to use, and my old iSight camera (you know, from back when computers didn't have built-in iSight cameras). The shed plan that we used was found here on Amazon. They were good plans and we got what we wanted out of them, but there were riddled with typos.