OS X Caching Server Does Not Support the iOS 8 Update

With the release of iOS 8, yesterday was an eventful day in the iOS universe. I thought it'd be an interesting experiement at work to set up a Caching Server (part of OS X Server), particularly to see if it would work for the iOS 8 update. At some point yesterday, Apple provided the quick answer to that question in a support doc.

I only found that doc this morning, but yesterday proved as much to me. Here are the stats from our Caching Server a couple of hours after release: 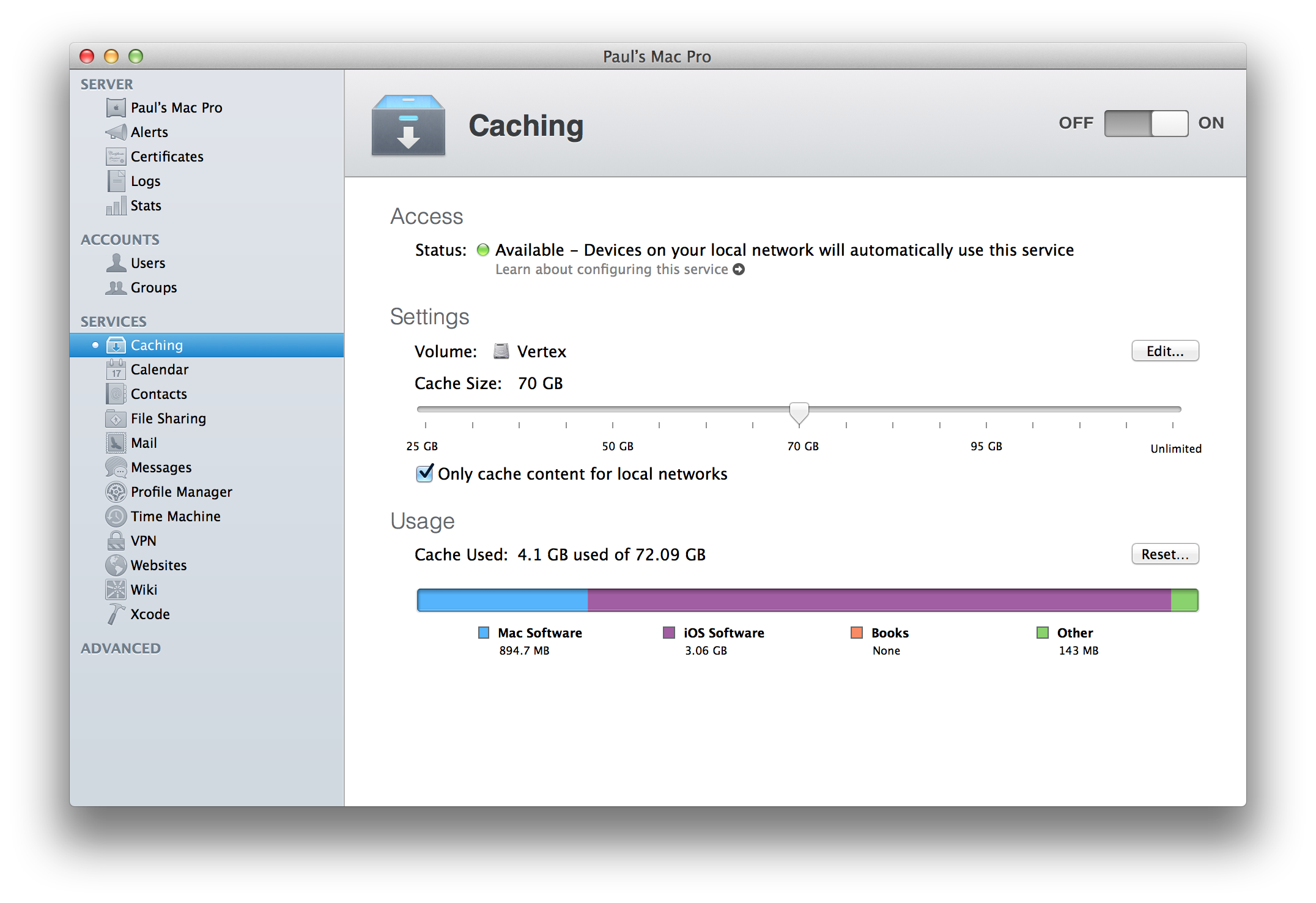 Before Apple released the update, we already had a couple of gigs of cached data. Within the hours that followed the iOS release, I know we downloaded the update at least 4-5 times on multiple devices, The cache numbers seemed to stay stagnant, thus indicating the Caching Server was playing no role in the update. My company probably has more than 1000 iPhones/iPads. I suspect many would have updated to iOS 8 yesterday, especially considering our internet speed at Tech is easily more than 10x the average employee's home speed.

This isn't all bad, though. Today, we've got 14 GB of data cached. Plus, the server has sent ~22 GB while it has only received ~17 GB. I take that to mean there has been a decent amount of users who have pulled app updates from the server. And during a time when Apple's servers are being hammered, this has to help a little bit at least.

Now we can just hope that before the next wave of iOS updates come, Apple will update the Caching Server to support OS updates. It would be a win-win for everyone.

Final Note: Fraser Hess has written a lot of great articles about OS X's Caching Server. He has a post about not supporting iOS updates here, but if you're interested you should check out his other posts too. Also check out Nik Fletcher's blog post about Caching Server.