In June, I went to a condo with some guys for a weekend as a sort of preliminary bachelor party getaway. These particular friends love the game of Hearts. In college, when I was playing Spades multiple times a week, they were probably playing Hearts twice as much. I wasn't surprised when I got sucked into a game of Hearts during this weekend at the beach.

As we were getting set up, we of course needed to get a scoresheet, which made me think "There's gotta be an app for that" sound familiar?. And let me tell you... I found one. But it was so bad I couldn't put myself through that misery. There was a pretty good generic scorekeeper app, but considering the way Hearts points typically add up, I thought a Hearts-specific scoring app would be nice. A thus was born the idea of my new app: 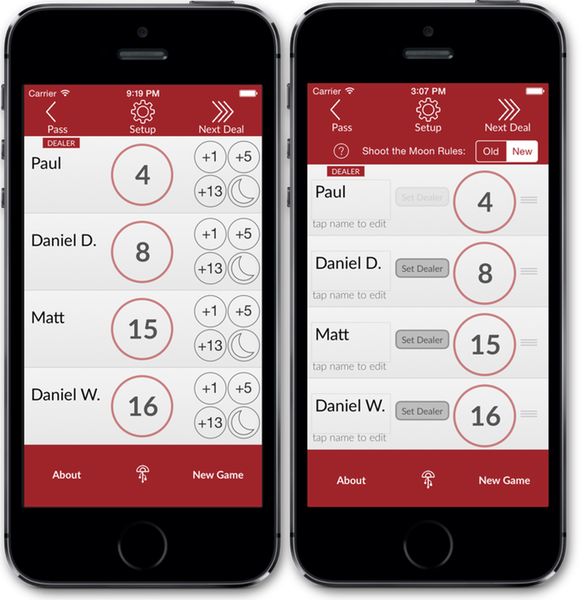 I've used my Hearts-playing friends as a sounding board, and I think it covers all of the elements you need while playing the game:

If you're a Hearts player and want a better way to keep score, I think you'll love this app. Download it by hitting the App Store Badge below, or search in the App Store.

As a side-note, my wife and I are in the process of adopting a little girl from China. When you use this app, you are contributing to that process. Read more about that here