Easy Grade on iOS has been doing great for the past couple of years, and now I'm happy to announce that I've just released the Mac version of Easy Grade. Why the Mac, you say? There are a number of reasons to not bother with the Mac version (mainly that most teachers have a school-issued Windows laptop), but there are other reasons for doing it.

As of this year, Apple merged the developer programs into one, so I don't have to pay the extra $99/yr to have a Mac developer account. Also I know iOS programming, and the Mac frameworks are quite familiar to me because of that. Despite having written the iOS version in Objective-C, I wanted a good little project to learn Swift, and Easy Grade was perfect.

As you can see from the screenshots here and in the App Store, I practically ported my design from iOS over to the Mac, with slight modifications where appropriate. I also took some design cues from Calculator.app with the vibrancy (besides, Easy Grade is a calculator, right?). 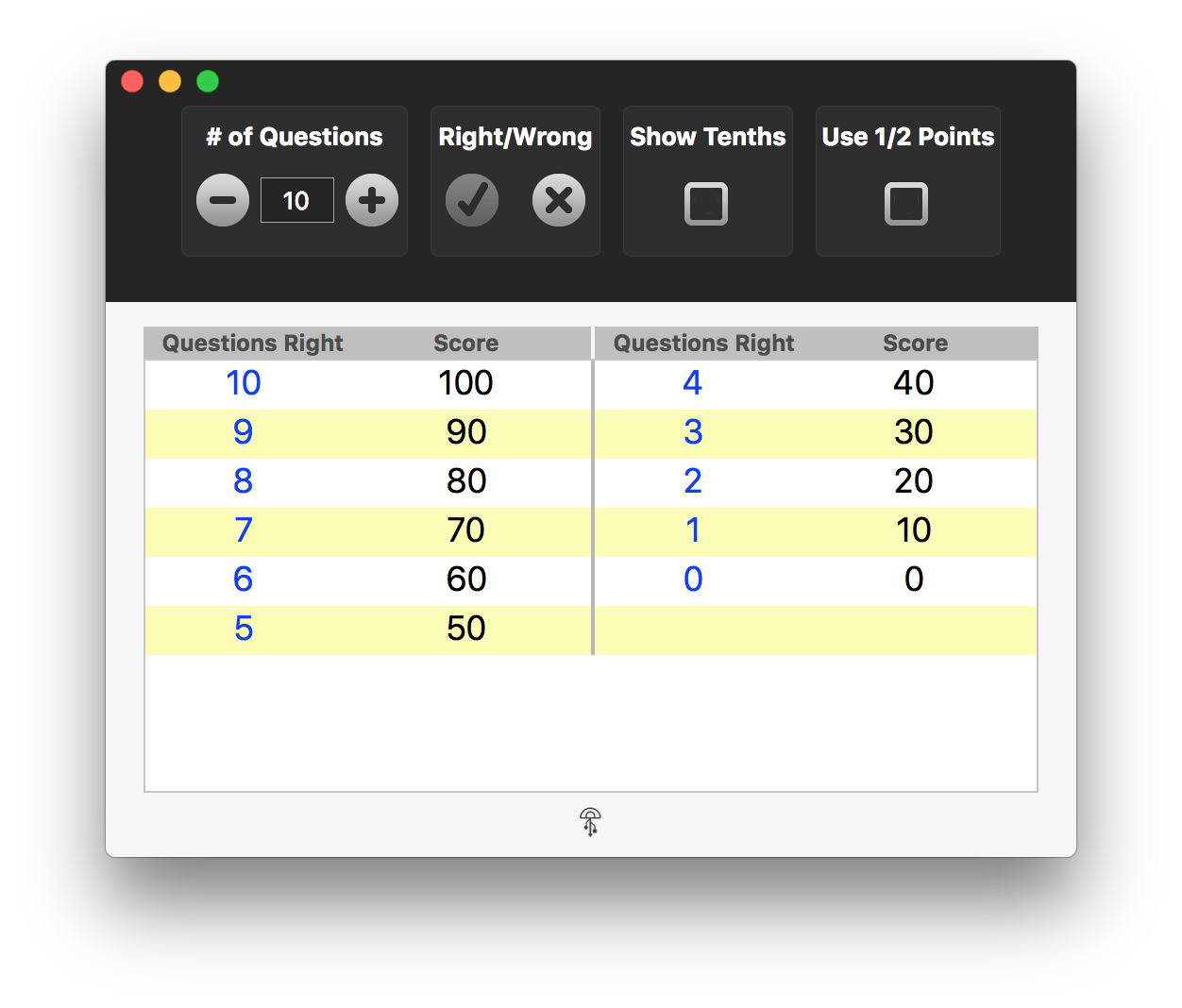 So if you are a teacher (with a Mac), grab it on the App Store now! If you know a teacher with a Mac, this would be a great gift idea. For more info, click the Mac App Store badge below or visit the Easy Grade for Mac.