I've been tweaking my blog a lot lately, due to several factors. I've enjoyed using Jekyll for the past year (and Octopress, which is based on Jekyll, for years before that). However, I've recently discovered the incredibly satisfying Laravel framework, and the fine folks at Tighten have created a static site generator for Laravel called Jigsaw.

A couple weeks ago I decided to give Jigsaw a shot. I didn't have immediate success with it, so then I experimented with Ghost for a little bit. Ghost had a great setup experience, and it has a fantastic management interface, but I'm not particularly experienced in Node. So I revisited my existing Jekyll site and decided to put a new skin on it. 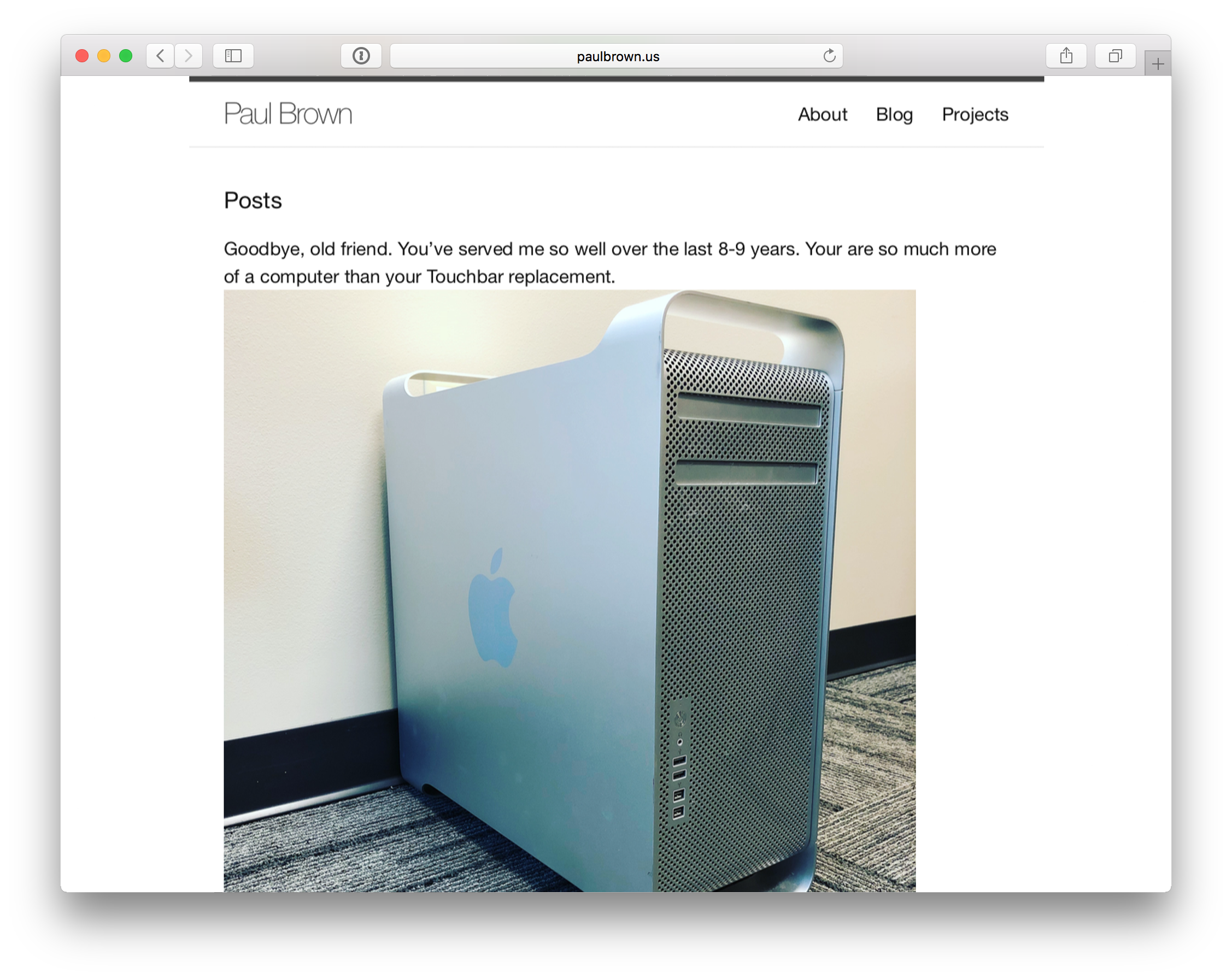 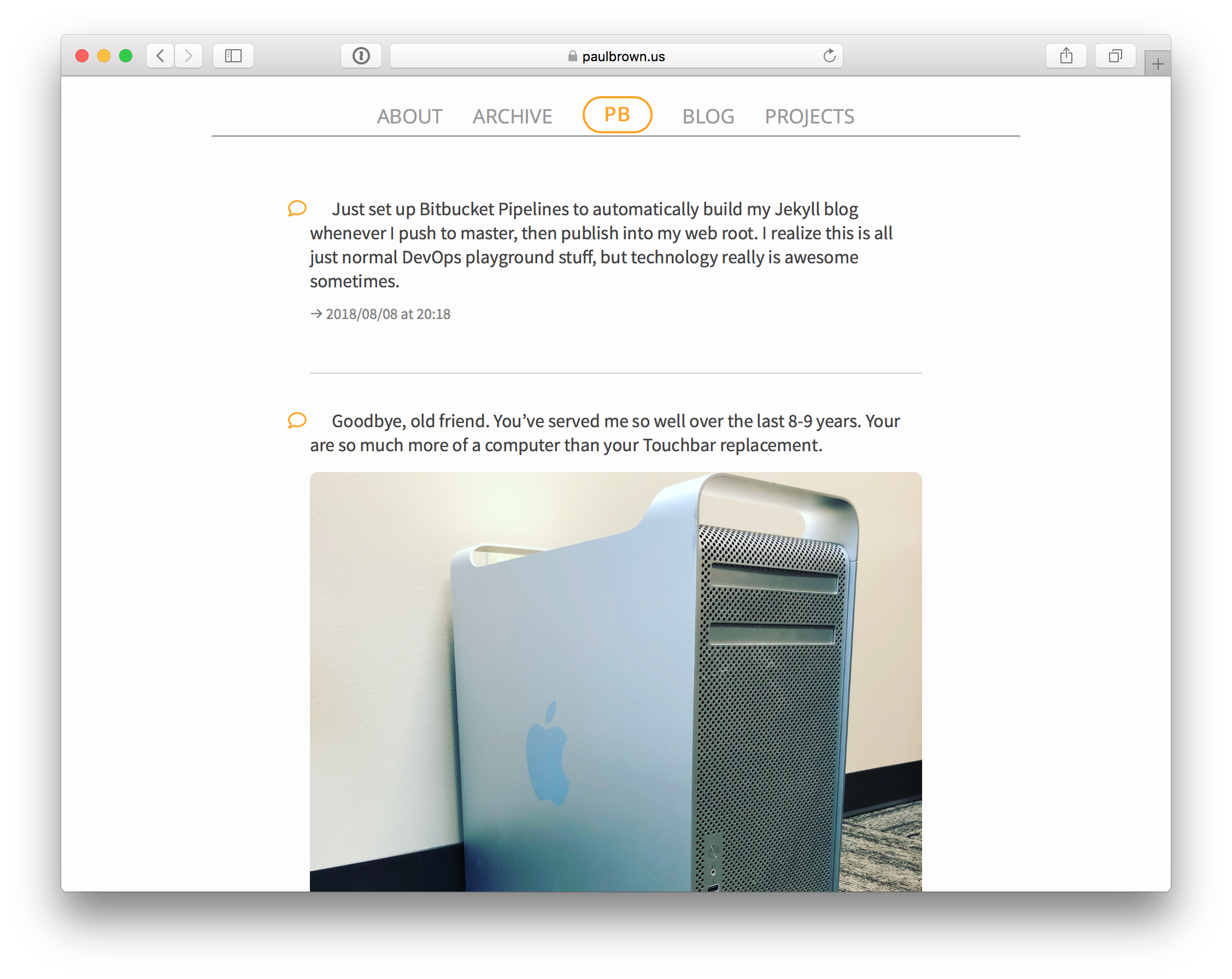 This update takes me from Jekyll 3.4.3 to 3.8.3, but most importantly it got me tinkering with the site a bit more and just wrapping my head around how it works as a static site generator...

Which leads me to the next step. I pulled Jigsaw back out this week and have almost got a working version of my site built with Jigsaw. In reality, I've probably done about 90% of the work, and you know what they say about that last 10%.